check it out on:
https://industrialcoast.bigcartel.com/product/nundata 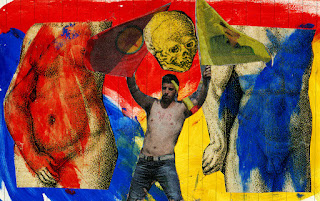 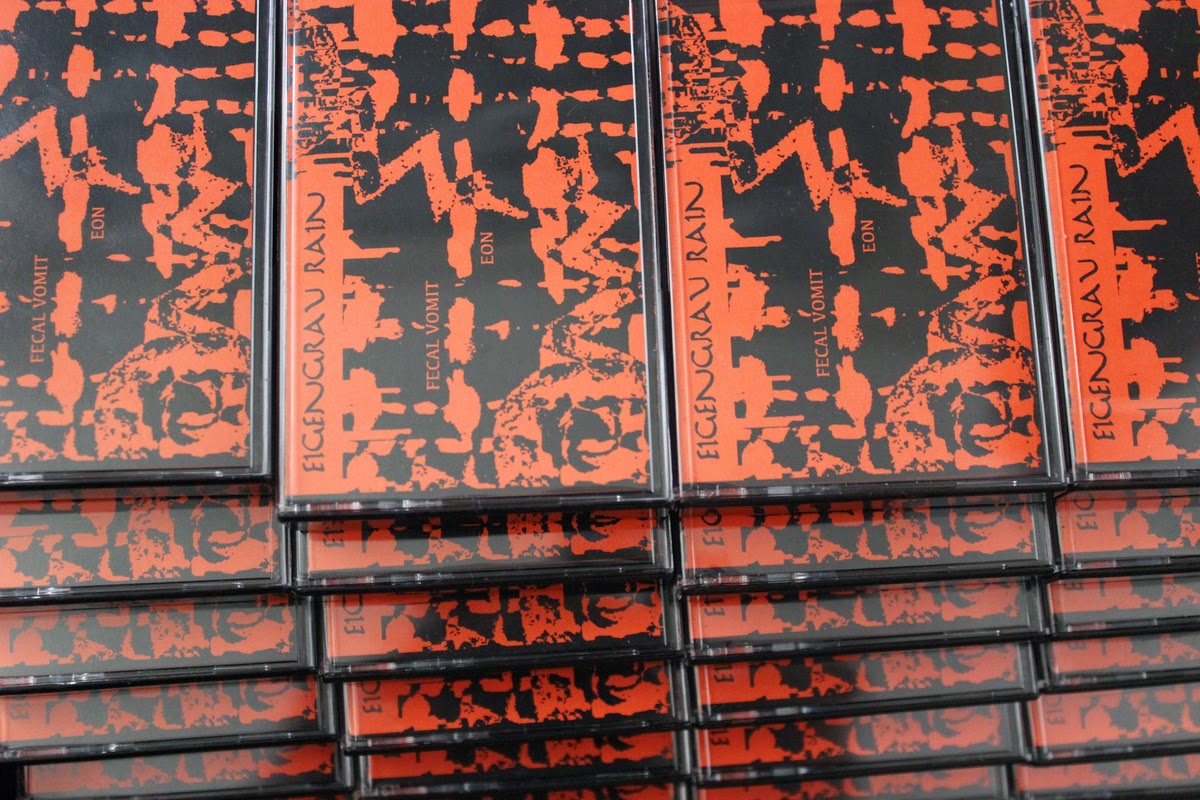 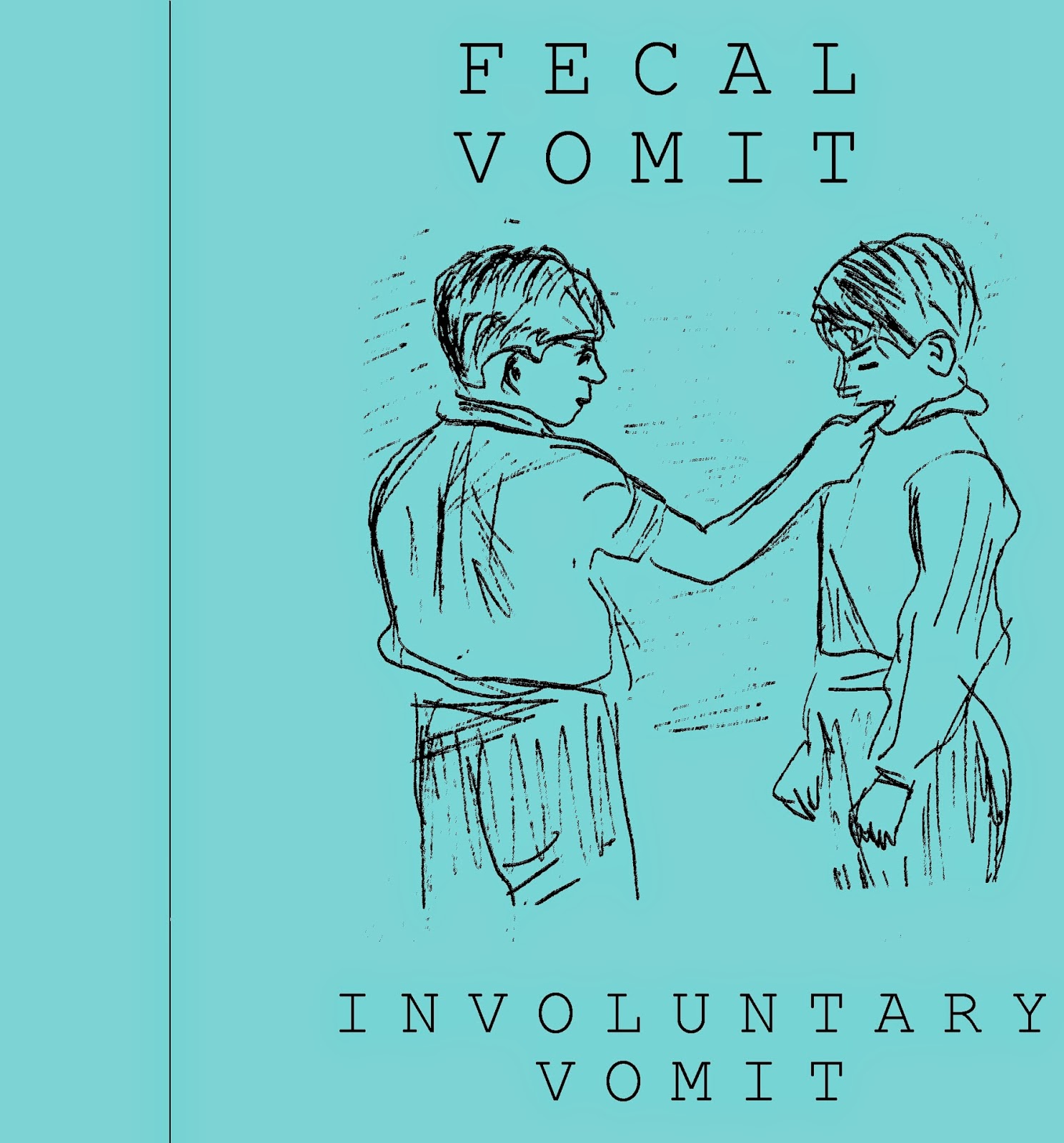 Posted by nundata at 00:06 Нема коментара:

Methicillin​-​resistant Staphylococcus aureus"
Year:  2013
Country:  Serbia
City:  Belgrad
Artist:  Srdjan Eftimovski
Label:  no
Format:  CD
Tracks:  3
Time:  42 minutes
Genre:  electronic
Style:  Harsh Noise, Drone
Hundreds of tracks from the best HARSH NOISE here is what you hear, without any doubt and with its own personality and distinctive sound, largely achieved by the sound so rude, crude and junk, very difficult thing to find these days, where most bands sound the same. It certainly looks Eftimovski Srdjan note carefully their sound and production, not only in this work but in all its productions. The musician from Belgrade (Serbia) not only makes HARSH NOISE but it is also important to note his innate talent with the graphic work of their publications (artwork, covers, etc…) And all this makes each listen is all a very intense and pleasant or unpleasant, depending how you look. It is true that many albums has tirelessly “harsh noise wall” but also repeatedly demostado ability to enter land ambient and drone more. Since its inception in 2009 has recorded 40 albums plus several long splits with other bands such as HARSH NOISE: Gyakusatsu, Astro, Julia LaDense, BBBlood, tjere, Meinkinder, Vasectomy Party, Social Drift, LordxGonzo, Ecoute La Merde, Visdomstann, Wormhead, Illegal Alien, Crank Sturgeon, Alexander Adams, Colonel XS, Grassa Dato, etc.

Posted by nundata at 01:19 Нема коментара:

Review of Walnut Wall on [M]M

Serbia has become quite a force in the international noise scene, producing such acts as Raven, Dead Body Collection, and Srdjan Eftimovski’s, harsh noise project Nundata. I became a convert of Nundata’s work after hearing his 2010 album Carousel, so I was quite excited to see this release appear in my review queue. Released on James Killick’s (Love Katy, Small Hours) now defunct Sweet Solitude label and advertised as HNW made with walnuts; I was even further intrigued. Walnuts are known as one of nature’s most potent sources of omega 3 fatty acids, but are they also nature’s most potent sound source for harsh noise?
Using walnuts as a sound source might seem like a novel idea, but truth be told, this isn’t my first experience with culinary harsh noise. I saw a noise group (Dot Dot Dot Orchestra) earlier this year that utilized coffee beans in a food processor to create some crushing sound waves, and I’ve seen videos of artists contact mic’ing meat, so maybe there’s more to food noise than I thought? But I digress. Nundata presents 2 walls, nearly 20 minutes a piece. The first wall starts out with a blast of white noise static. It stays fixed for about 2 minutes until we’re introduced to what sounds like warbling radio static shifts. Subtle thumps pepper the track (the walnuts?), though white noise is the dominant force. At around the 8 minute mark, the white noise haze builds into a thicker wall, with deeper bass and potent crackle. The wall becomes more frenzied, with repetitive marching thuds overtaking the white noise from earlier in the track. However, the wall ends much like it began with the white noise static again retaking supremacy.

The second track on this disc is the stronger of the two walls in my opinion. I’d actually consider it a harsh noise track with wallish elements as the piece is very active all the way through. It’s a gratifying rollick of harsh crunchiness, ostensibly produced with a contact mic and walnuts and closer to what I had envisioned this release to sound like. Running alongside the moving crunch is a flickering static that appears and disappears throughout the track.The two distinct sounds duke it out throughout the majority of the track. In the final minutes the concurrent sounds reach their zenith and degrade into the churning of gears.

I have to admit, this release falls slightly short of my expectations for walnut created noise walls. For some reason I imagined it to be crunchier, really emphasizing the cracking of shells. If it wasn’t spelled out for me I wouldn’t have guessed that walnuts, or any other foodstuffs, were the sound source of the walls at hand. Perhaps he was pulverizing the nuts in a grinder run through distortion pedals, however it was never apparent to me. That aside, I enjoyed the walls enough and Nundata is an artist I follow with great delight, however I don’t feel this is his strongest work. Extremely limited to 12 copies, this release will certainly appeal to the diehard, but to the uninitiated I might suggest Carousel or Entropy as a nice intro to one of Serbia’s most prolific noisers.

two new reviews - one good and one bad

Nundata is a pretty prolific experimental/noise act from Serbia, a land that recently spawned quite a few noise projects like Dead Body Collection or Gigant. "Methicillin-resistant Staphylococcus Aureus" (phew!) is a full-length CDr released by Jay Watson's Placenta Recordings, based in Michigan U.S.A.
First track "Foamy White" starts with a brutal assault of crunchy heavy static, soon destroyed by an extremely annoying chopping effect. Sounds keep on changing, with a focus on high pitch feedback, digital synth manipulation and the layering of various loops. The only constant element is the redundant chopping which might be too much to bear for most ears. Some sounds get drowned in the mix of frequencies and digital distortion/corruption springs out in more than a few points, indicating the over-saturation of a cheap sound-card. This could easily be a stylistic choice, but it's not my cup of tea. Anyway, the track in itself isn't bad. Nundata has quite a knack for layering noises and creating interesting movement, I think this just needed some polish and a more careful recording process.

Second track "Frothy Pink" is similar in approach, with a constant wall of hiss and feedback surrounded by a deluge of distorted samples and synth cacophonies. Things get more violent around the middle of the track, with the appearance of a high volume distorted wall of noise and the proliferation of synth tones mayhem. After a while the progression starts to get slower and quieter, providing a soft ending. The mix obtained is more psychedelic than the "Foamy White", but it still suffers from the same sound quality problems.
Same story for the last number on the set,  "Rusty Orange". The pattern followed by Nundata is quite predictable at this point: a carpet of distorted and crunchy low frequency digital synth gets slowly buried by swarms of distorted loops and tones at various frequencies. It's a matter of personal taste of course, but the choice of sounds makes "Rusty Orange" the less interesting of the bunch for me.
In conclusion I think that while there is definitely some good substance here, Nundata needs to change his recording process and try to avoid all the faults and flaws typical of the digital era. Maybe getting a better sound card would suffice. Digital noise is not exactly my favourite form of noise, so I can't say that I thoroughly enjoyed this CDr. Listening to it I felt like something was missing, maybe some strength or some character, or maybe I just needed a totally different kind of racket.
I will not recommend "Methicillin-resistant Staphylococcus Aureus" to anyone but I'd like to listen to what Nundata comes up with in a year or two.
2/5

http://taoscillation.tumblr.com/post/27361042353/artist-nundata-album-semen-papaveris-genre
Nundata, of nundata.tumblr.com is-for all I can ascertain-a drone and noise artist from Serbia, who frequents my favorite noise label, Rainbow Bridge. This release kicks off with a really disturbing sounding oscillation drone, that really feels deep. It adds layers of synth and drops out old layers, it really kept moving fairly well and for some reason, evoked emotions and images that only “Begotten” has been able to conjure, until now. The second song on the first side - “Emesis” - finds an even more disturbing set of samples, that feels like a sequel to side a’s previous track. Emesis really sounds unique, and is definitely the highlight of the album. Side B is a lot more harsh. Piercing tones permeate the soundscape and is a lot more heavy and in your face at times than the rest of the album. Overall, this piece is very dark, and beautiful for a noise lover. 4/5 Pick it up at: http://hellorainbowbridge.blogspot.com/p/order-rb-catalog.html

Posted by nundata at 04:19 Нема коментара: 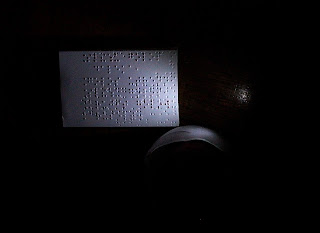 Posted by nundata at 07:05 Нема коментара: 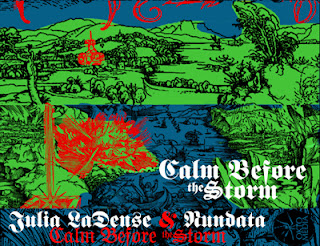 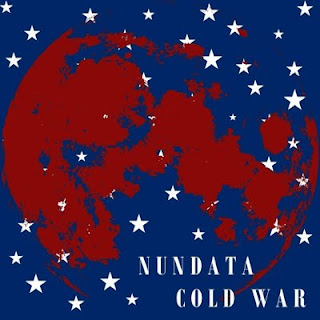 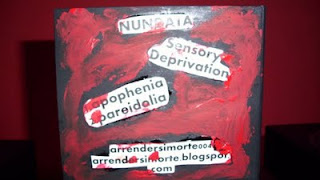 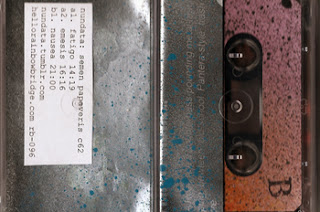 buy it from www.myspace.com/kabrakarakadabrarecords
or ask me through email nundata@yahoo.com
Posted by nundata at 05:04 Нема коментара: 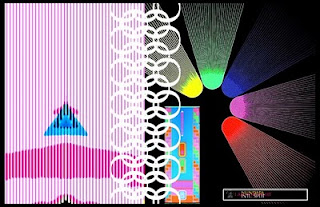 More artwork from the universe is covering the tape of Nundata, a noise/drone project from Japan. The repeating sounds create a drony atmosphere, but the sounds are harsh, low, high, crunchy, dark, brutal and have no mercy. Slowly he build up his strong repeating soundlayers to a big deafening silence. You will find the harsh noise at side b of this cassette. Great music for the  lovers of noise music. The track at side a is more quiet, but has the same purity as his noise. With basic long-repeating sounds he climbs from the silent tones and waves to melodic and rhythmical elements, who are destructed to noise. He experiments with all kind of combinations of sounds, but I think the composition will be much stronger when it is shorter. The second track has an ambient atmosphere which refers to meditative moments created by synthesizer/organ and electronics which are similar to Tibetan singing bowls. The music of Nundata is promising and I am looking forward to more of his combinations of his drony noise. (JKH)
link: http://www.vitalweekly.net/735.html
Posted by nundata at 00:57 Нема коментара: 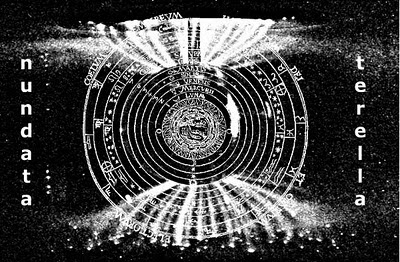 side A:    Part I - arrow of time
Part II - negentropy
side B:  Part III - heat death
Part IV - time irreversible 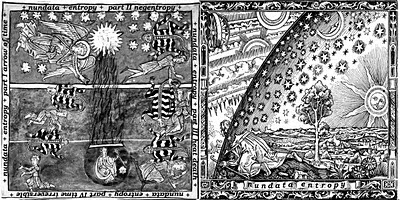